There follows a poem, written in honour of one of my favourite archaeological sites, the deserted medieval village of Wharram Percy, in North Yorkshire...but first, a little history lesson...

The settlement of Wharram Percy (mentioned in the Domesday Survey and taking its name from its manorial lords, the noble Percy family) reached the peak of its occupation in the early 14th-century. Due to the economic impact of the Black Death of 1349, later that century the village began slowly shrinking as newly-free peasant families migrated in search of higher wages.

A lack of labour after high death rates meant power had shifted to the workers and a competitive wage market forced land owners to find ways of making profits with fewer employees. Sheep rearing required less manpower and thus, quickly replaced vast swaithes of previously arable farming in the Yorkshire Dales. Starting a vicious cycle, the sheep made employment scare. This meant workers continued to migrate, even after the population recovered from the Black Death's impact...and the sheep required grazing, resulting in vacant houses being swept away. 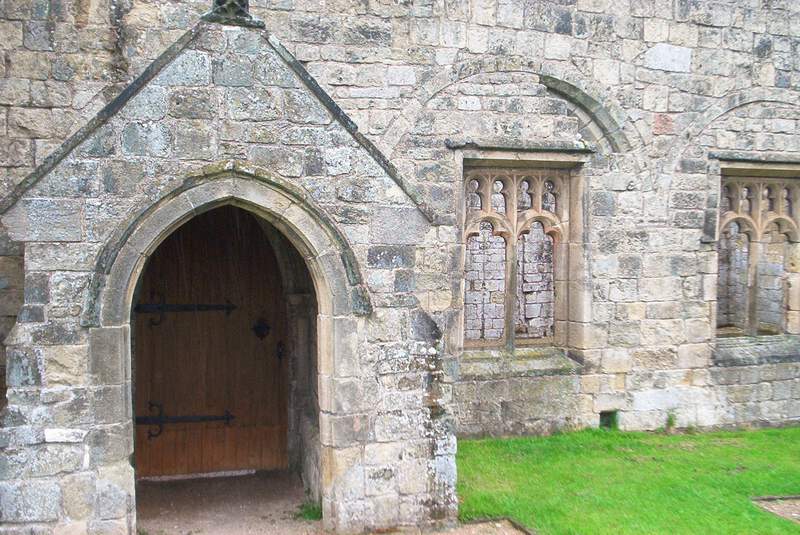 A victim of this economic change of circumstance, Wharram Percy was finally reduced to a single farmstead in the late 16th-century. All that remains of the village today are a series of earthworks, that single farmstead's 19th-century replacement (a substantial farmhouse last occupied in the 1950s) ...and the medieval parish church of St Martin...lonely, crumbling and roofless.

St. Martin's is the only building standing at Wharram Percy today that not only saw the rise and fall of the village, but recorded the population's increase and decline in its very fabric. In the outer walls of the church can be seen remnants of early 14th-century arcades, marks left by pillared aisles that were taken down as the space required to house the congregation reduced over time. Beneath the soil are the foundations of previous 10th and 11th century buildings, demolished and replaced as the village expanded into its prime.

It is quite fitting, since it tells the story of the village so well, that St. Martin's should be the only prominent reminder of the community that once resided at Wharram Percy. Up to 1870, the last of 700 members of the parish were still being buried within and without its walls.

A final service was held at the church in 1949. Since then the building has made bold statements most infrequently, its grandest protest being the collapse of it's 14th-century tower in 1959. Weather and nature are slowly muting St. Martin's tale of riches to rags...and a sad tale it is too. But though it's voice may quiet somewhat, I don't expect the church will let fifty years of neglect silence whispers that have already survived a thousand. 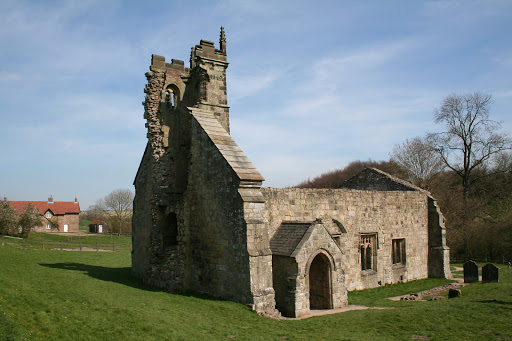 This poem is also in honour of my heroes, Prof. Maurice Beresford, Economic Historian of the University of Leeds, and John Hurst, Medieval Archaeologist and English Heritage Inspector of Ancient Monuments. They spent over 40 years (1953-90), combining the expertise of historians and archaeologists to dig and research the site of Wharram Percy village; applying an interdisciplinary approach that is the only way to truly and comprehensively understand the past.  In doing so, they assisted and inspired medievalists everywhere in their studies of the DMV phenomenon...including this one!

Wharram Percy is approached across fields, via what was once a medieval road. St. Martin's church, now a familar old friend, slowly reveals itself as you wind over the brow of a little hill. This is what passes through my mind each time I make that journey...

Upon sight of St. Martin’s Church

How now my once majestic soul?

King of your valley? Lord of your time?

You make for a sickly sight to behold

by vines of ivy and bramble fruits,

surely not a fitting suit

for a gentleman such as thee?

After all the centuries that you have seen,

they dare wind among your tracery?

Embrace your pillars and strip your lead?

Drown out your candles and send you abed with soothing lies,

hiding away their vicious assault

under a beauteous guise.

How many unions of man and wife,

were fostered in your bare stones?

How many beginnings and ends of lives,

were blessed beneath the bones of these roof trusses?

How many lie beneath the grasses

that cover your long-tiled floor?

How many entered through that door,

and fell on their knees before your altar?

Yet you struggle now, in vain, to survive,

How canst thou go to dinner tonight,

ailing and drunken, unsteady and slurred,

and without thy pocket watch?

(Cast thine eye across its face,

for it has long since stopped.)

How couldst thou stand proudly at the table’s top,

and what was once a four-cornered hat

How wouldst thou explain

you must be glad to be alone.

From riches to rags, and tired by the weather and the years...he must be glad to be alone indeed.